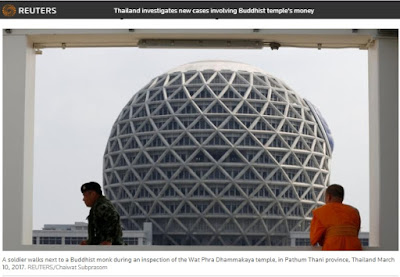 By Panarat Thepgumpanat and Patpicha Tanakasempipat | BANGKOK
Thailand is investigating three new cases involving possible financial crimes at the country's biggest Buddhist temple, whose influential former abbot is wanted for suspected money laundering, police said on Wednesday.
A weeks-old standoff at the Dhammakaya temple between thousands of police and saffron-robed monks has posed one of the greatest challenges to the military government since it took power in 2014 and largely neutralised opposition.
Former abbot Phra Dhammachayo, 72, is wanted for questioning for suspected money-laundering and on numerous charges of building on land without authorisation.
Thai police have also investigated Dhammakaya temple's financial activities and found some of the temple's money had been invested in the stock market.
"Billions of baht were found to have been transferred from the temple's bank account since 2009 for an individual to invest in stocks," Police Colonel Pakorn Sucheewakul told Reuters, naming one suspect at the temple who has not been charged.
Pakorn added that the investigation was ongoing, along with two other financial cases involving suspected embezzled money from Klongchan Credit Union that lost hundreds of millions of dollars.
Those cases involved the credit union's transfers of money to one of the temple's many foundations and temple branches across the country, he said.
Phra Pasura Dantamano, the temple's senior monk, said none of the Dhammakaya monks were involved in stock trading.
"It is false news," he told Reuters. "None of the temple money was used to buy any stock."
The temple - 10 times the area of the Vatican City and topped by a UFO-shaped gold dome - dwarfs Thailand's 40,000 or so other temples in wealth as well as size. It claims millions of followers, although still a small minority of Thai Buddhists.


Traditionalist Buddhists accuse the temple of commercialism and say it has put Nirvana up for sale. It says it is just as dedicated to Theravada Buddhism as them and its money is only to do good works.
Police ended their search at the temple last week, after laying siege to it for more than three weeks without finding Phra Dhammachayo.
They said they would still try to track him down.
(Reporting by Panarat Thepgumpanat and Patpicha Tanakasempipat; Editing by Nick Macfie)
http://uk.reuters.com/article/uk-thailand-buddhism-idUKKBN16M1SR 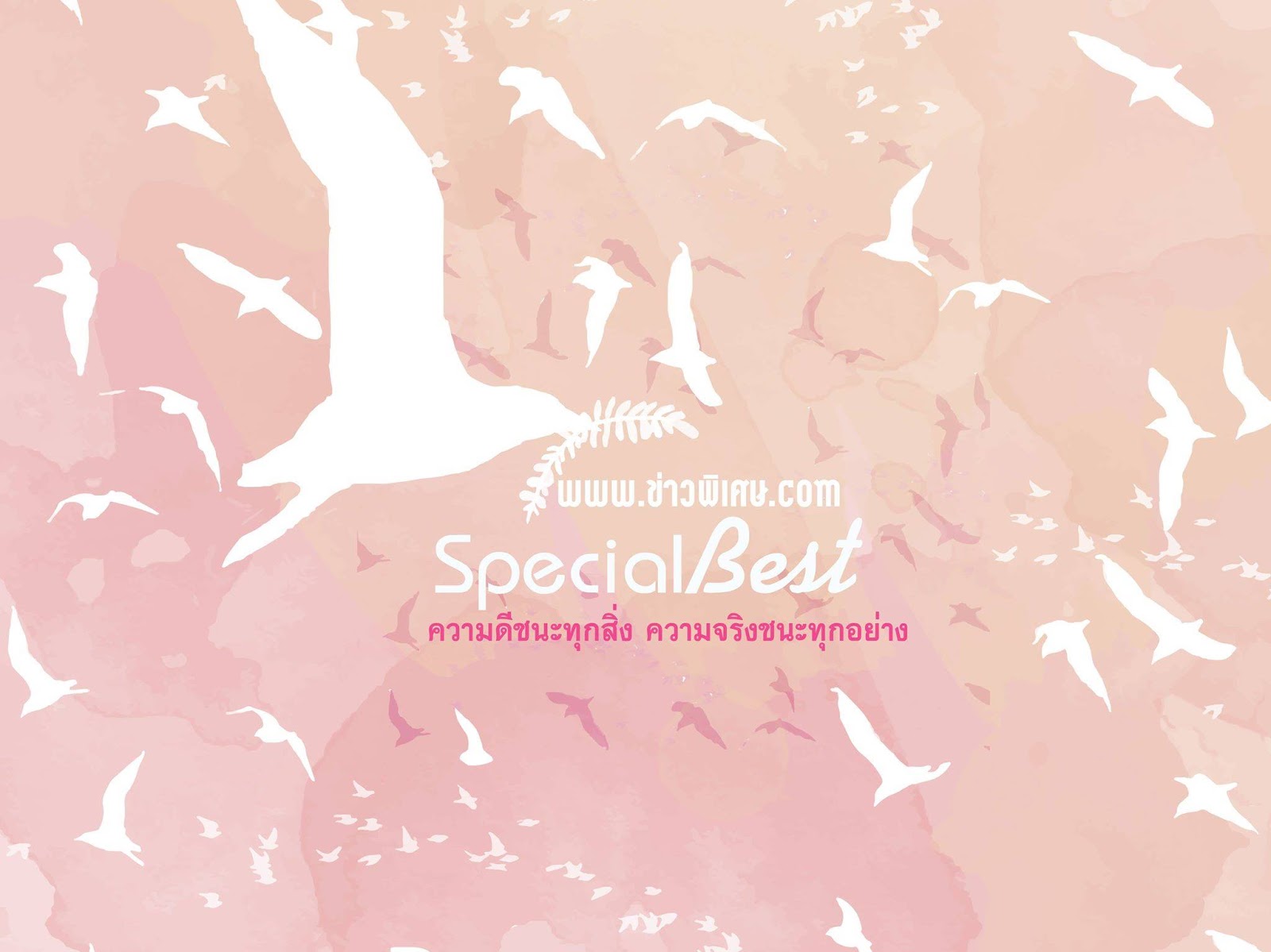 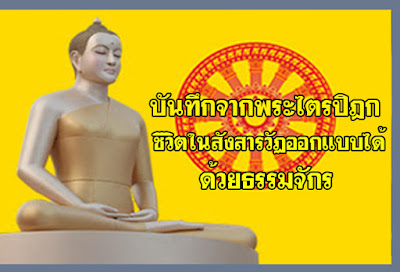 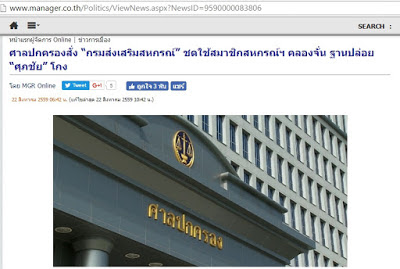